Major was adopted by Cathy Daly where he is becoming friends with bunny pals, Kaycie and Rory. 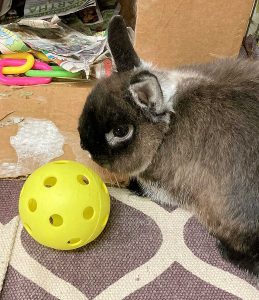 Little Major was found outdoors in a cardboard box with a badly broken leg. Unfortunately, as his best chance of healing, his back leg needed to be amputated. Major has not dropped a beat after surgery and he is as sassy and feisty as ever. He has earned the nickname Zippy from the way he zips around his pen. 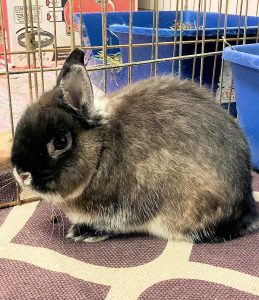