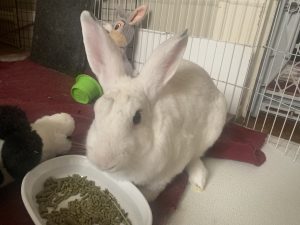 Sprout was found running loose outside in Cleveland, like many of our fosters. Stephanie immediately fell in love. She hoped her affectionately named “Stinky Boys” would also like Sprout, but sadly this was not the case. After seven months of attempted bonding, Zane and Tucker still have not accepted her. Fortunately for Sprout, Stephanie and Phil couldn’t say goodbye. Like many others, they now have resigned themselves to permanently having the stubborn bunnies live side by side. Congratulations to Sprout 🌱 for wearing the humans down. 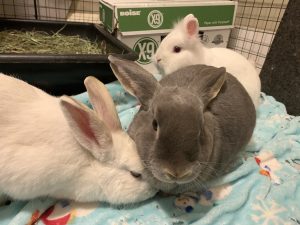 Back when Stephanie still thought bonding was going to work out!